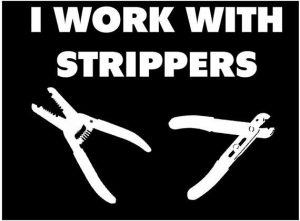 I’ve been trying to figure out what size battery I should be putting into the caravan… which is actually a bit more complicated than I’d realised. I first listed out what was the consumers of 12v: 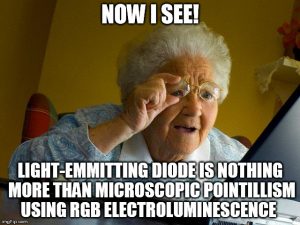 Unfortunately most of these cannot be reduced as they are necessary or at their lowest energy consumption already. I was however able to focus on the lights as they were all non LED.

So I proceeded to replace the existing bulbs with LEDs. LED’s are quite cheap now (well in comparison to what they used to be). 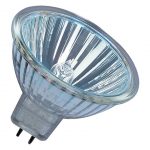 Firstly were the Halogen spotlights. There were six of these in the van which i measured using 0.72 amps each! They looked like this: 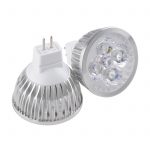 I replaced them with LED bulbs which I’d bought as 12W (about 1 amp) but are actually 0.13amp – thats less than a fifth of the halogen bulbs!

Next lights to replace were the central fluro lights. I purchased some 60 LED replacements off ebay. These were not a “bolt in replacement” and require a snipping 2 wires and wiring them to the new globes wires. They are substantially brighter but i was a bit shocked when i worked out they almost draw the same amount as the fluros. I replaced 2 of the 3 in my van – however one of these lights is more than enough to light up the whole van and drawing less than 1 amp. If you are keen on doing this yourself, the simple steps can be found on our facebook page here 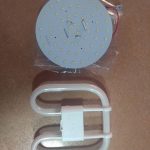 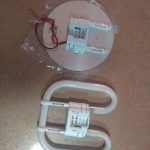 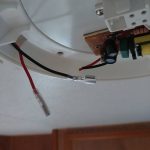 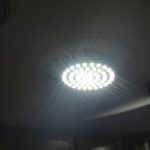 I’ve also replaced some other incandescent bulbs in the light over the sink and two outside lights with cheap ebay LED’s. These draw a nice low draw of about 0.1 amps.

With these changes I should be able to get away with a 120AH battery… I’ll do a write-up on that shortly, so stay tuned!